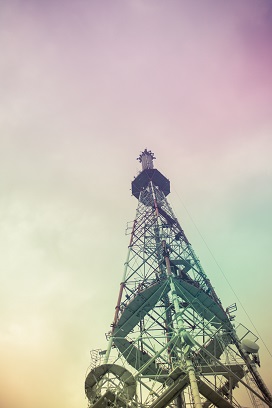 In our first article in a series discussing data connection methods, we looked at Wi-Fi as a wireless means of IoT connectivity. This article will focus on another such method, focussing on cellular connectivity

Connecting IoT devices via cellular communication and data transfer has been widely adopted across the globe. Initially, cellular IoT device connectivity was enabled by the first generations of cellular technology, 2G and 3G. However, evolving cellular generations such as 4G are paving the way for greater bandwidth, lower latency and increased support for the large volumes of devices per cell coming to the market, which will be enhanced even further with the arrival of 5G networks.

IoT connectivity is expected to accelerate exponentially, mainly driven by:

From 2G to 5G… the evolution of cellular IoT communication

The phasing out of 2G

2G is the mobile technology that has been in operation the longest, and while 90% of the world’s network operators are currently still running 2G networks (with voice as the basic service), the expectation is that it will be fully phased out over the next 3-5 years. This is due to advancements in 4G technology, the arrival of 5G and the fact that VoLTE technology is available on all new devices, the latter encouraging operators to invest in building 4G and 5G capabilities.

How long before 3G is on its way out?

As the penetration of 4G increases, 3G will gradually be phased out.  The initial, measured roll-out of 4G technology normally occurs first in densely populated areas and once completed, it will start to extend to the more rural parts of the population to saturate the market with 4G, thus replacing 3G.

To accelerate and secure IoT deployments, there is a shift to cloud-managed 4G LTE routers and gateways that have built-in modems with multiple SIM slots. 4G LTE is fast and getting faster. Currently, LTE Cat 18 offers up to 1.2Gbps. When 5G arrives speeds will exceed an estimated 10Gbps. Another innovative benefit of 4G LTE is that organisations can harness multiple LTE providers to provide the redundancy they need should connectivity to one carrier be compromised.

4G LTE will revolutionise industrial communication.0 Not only is it flexible for businesses, but it also fortifies IoT and is enduring, since it can co-exist alongside 5G, rather than replace it. LTE is becoming a major technology for smart devices for various reasons.

Firstly, it serves as the basis for multiple cellular technologies. This includes Narrowband IoT (NB-IoT), connecting indoor and outdoor devices with extremely low power consumption, LTE-M applications with a more intensive data transfer of low latency messages, LTE-A (advanced) with faster speeds and suitable for applications such as cameras, AGV (automated guided vehicles) and drones. Together, these fit all possible connected device scenarios.

In addition, it offers:

Cellular IoT can be categorised into four major segments namely:

The Massive IoT segment concerns the connectivity of huge volumes of low-complexity devices that infrequently send or receive messages where the applications:

The growing demand for IoT use cases in domains that rely on connectivity covering large areas and capable of handling vast numbers of connections, is driving the demand for Massive IoT technologies.

The IoT communication traffic in this segment is often latency tolerant. This includes cases such as:

These devices are often deployed in locations where radio conditions prove to be a challenge, such as in basements, hence requiring extended coverage. In many cases these devices might rely on battery power supply only, placing heavy demands on the device’s battery life.

Other use cases are found in the Industrial Smart Manufacturing industry as well as the automotive industry and include:

These applications typically have low data rates and less demanding latency requirements, which is why Massive IoT is an appropriate connectivity choice. It is also applicable in other new technologies such as sensors and batteries, computing, communication etc. that are connected through a wide-area communication network or cloud-based platform managing and handling device data.

All Broadband IoT is based on 4G and 5G NR radio access technologies.

Typical Broadband IoT use cases include a wide range of use cases on one network across multiple industries.

All the above are examples of Broadband IoT connectivity with high data rates, large volumes of data transfers and low latencies.

Some smart manufacturing use cases:

Critical IoT is a further innovation in Cellular IoT in that it enables extremely low latencies and ultra-high reliability at a variety of data rates. Driven by the most innovative 5G NR capabilities, Critical IoT is expected to give rise to many new IoT use cases.

The Critical IoT segment addresses the extreme connectivity requirements of many advanced wide area and local area applications. This includes:

The continued advancements in the automation of vehicles and transportation systems necessitate Critical IoT connectivity.

Automated Guided Vehicles (AGVs) and other factory equipment typically do not have much latency-tolerance and require a level of connectivity assurance that Critical IoT can provide.

The Industrial Automation IoT segment provides advanced Cellular IoT functionalities. These are customised for advanced industrial automation together with the aforementioned cellular IoT segments. It includes Radio Access Network (RAN) capabilities to facilitate the support of deterministic networks which, together with ethernet-based and other industrial protocols, will enable many advanced industrial automation applications. These applications have extremely demanding connectivity requirements. They require very accurate indoor positioning, distinct architecture and security features.

Automation IoT, reinforced by Critical IoT connectivity is the critical enabler of the full digitalisation of Industry 4.0 for manufacturers.

By replacing the costly installation, arrangement and replacement of cabling equipment, the use of cellular 5G connections not only reduces cost but allows much more flexible factory floor designs, enabling the mobility of robotic elements.

The Internet of Things (IoT) not only affects security systems, streetlights or agriculture, it has entered our homes as well as remote locations — quickly outgrowing the short-range connectivity options such as Wi-Fi and Bluetooth that we’ve grown accustomed to.

Choosing the best hardware for an IoT application is essential. We’ve compiled a list of a few affordable and popular cellular-enabled hardware options to assist you in making a decision for your next IoT application.

According to a Gartner report, no less than six billion IoT devices were installed in 2016, giving the IoT market an estimated value of more than $1 trillion.

One of the main driving forces behind this IoT revolution was the opensource community. The ceaseless experimentation and ongoing accelerating technological possibilities created many new and interesting applications.

Today, various opensource off-the-shelf software packages are available, many of which are free. The opensource communication framework is the leading development platform for IoT applications and solutions.

Many of these newly developed off-the-shelf software solutions provide a cloud-based API , are as “hardware agnostic”, meaning that it can interface with almost any hardware, and even in some instances allow for over-the-air (OTA) firmware updates and more.

It might seem unnecessary to obtain licensing for the connection of your newly developed IoT devices, solutions or applications. However, Embedded AMS highly recommend deploying within a licensed mobile operator spectrum.

One such a spectrum is GMSA’s Mobile Innovators Community.  https://www.gsma.com/iot/mobile-iot/.

Cellular-enabled IoT is here to stay. It is making long-range connectivity easier and more affordable than ever.

Frequency Ranges that 2G to 5G operate in

Cellular IoT offers better performance in comparison to other PWA technologies offered in terms of unmatched global coverage, Quality of Service (QoS), scalability and flexibility to handle a comprehensive range of use cases in one network.

By the end of 2018, more than 80 Massive IoT commercial networks had been launched. The further evolution of Cellular IoT is already underway with the continued improvement of 4G LTE networks and the commencement of the initial rollout of 5G NR.

Note: For more information on the development of Smart and IoT devices with cellular communication and connectivity, contact Embedded AMS or visit our site www.embeddedams.nl.